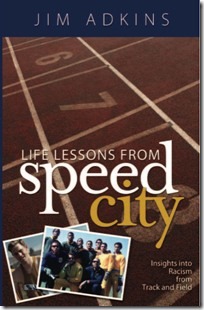 Lee Evans, African-American and Gold Medalist in the 1968 Mexico City Olympics in the 400-meter dash, allowed me to observe his life up close. I saw the treatment he received by whites. Lee and I were teammates on the San Jose State track team from 1967-1969. This gave me first hand exposure to both the overt and subtle forms of hate and prejudice he faced daily. Through this journey, I came to grips with the innate racism and prejudice in myself. This book is a challenge to people of all ethnicities to look inside and move past tolerance to love.

Life Lessons From Speed City will:

“I remember the 1960s so well; I lived it and had to endure all that you write. It was not easy living during those turbulent times. From your perspective, you could not be more truthful. You are writing what was reality because what Lee and others experienced, I experienced the same thing, and to find a white man that was different during that time such as yourself was unheard of.”
– Art Booth, Cal State Fullerton, Fullerton, California

“Racism is a very sobering topic. I am pleased that Jim is writing about this topic. Having lived all my life with the issues described in this book, I hope this will open a new era of discussion with people of all colors. All of us still have a way to go before we reach a mature attitude in our relationships with those different than us.”
– Lorenzo Romar, Head Basketball Coach, University of Washington, former NBA player and PAC 10 Coach of the Year in 2009. 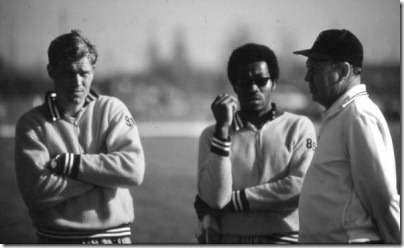 Jim Adkins is pictured on the left next to Lee Evans and Bud Winter.  (Photo credits by Dave Funderburk)

Jim Adkins has used his experiences to teach young people for over forty years. He currently is President and co-founder of a non-profit organization called Let’s Talk USA! In addition to his B.A. from San Jose State, Jim has a M.A. in Education from Talbot Theological Seminary in La Mirada, CA. He has traveled to fifteen countries leading teams to meet various needs of the poor.

The book at available at Amazon.com: Life Lessons from Speed City

or directly at the Intermedia Publishing Group.