Because of the large number of outstanding athletes in its track and field program, SJSC became synonymous with the name Speed City between 1956 and 1969.

Many are familiar with the so-called “Black Power” protest staged by SJSC sprinters John Carlos and Tommie Smith on the Olympic dais in 1968. Their reaction to racism — bowed heads and raised gloved fists — in America and around the world sparked a controversy that continues to linger some 40 years later. 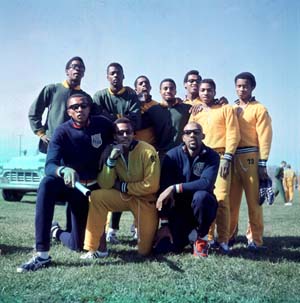