View cart “Bundle: So You Want to be a Sprinter and The Rocket Sprint Start (Paperback, perfect spine)” has been added to your cart.

So You Want to be a Sprinter Paperback

So You Want to be a Sprinter 2010 Third Edition
Paperback version. 88 pages.

Tested, proven, techniques to teach anyone to sprint faster.

The original two versions (1956, 1973) written by Bud Winter famous coach of the San Jose State Spartan track and field teams from 1941 to 1974 , were used to train many Olympic medalists and dozens of world record holders. The new 2010 edition combines the best of both versions, and includes detailed training plans for full time year ’round athletes, and one for multi-sport athletes beginning training in January.

This book is a must-read for any track coach, or parent interested in having their athletes run faster whether they run track, play soccer, basketball, baseball, football or lacrosse. The time tested techniques “So you Want to be a Sprinter” will help any athlete, male or female, young or old, run faster.

So You Want to be a Sprinter is available in two formats. The original book is paperback at $19.95 and a special edition spiral bound “Coaches’ version” at $21.95. Many coaches used Bud’s books as field journals that were used on the field and scribbled their notes in the book.

Reviews – What they are saying…

“Bud Winter was a man ahead of his time whose coaching methods and philosophy change the landscape of sprinting. I was most impressed with his methods and gained tremendous knowledge from his book So You Want to be a Sprinter. This knowledge has played a significant role in shaping my philosophy as a coach and has contributed to my success as a sprint coach.” 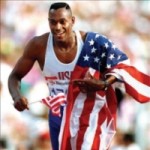 “I was first instructed by the teaching of Coach Bud Winters while at UCLA. My references of running biomechanics and technique were from the members of “Speed City”, specifically Tommie Smith. We shared the same sort of body frame. I remember being given a series of Xeroxed copies of pages from a book that was completely torn apart from excessive use. Coach Winters’ teachings are currently the foundation for my instructions to students on how to run fast!” 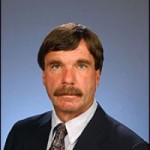 “As a young coach in the early 70’s I sought out every book I could find on the sport of track and field. One of the first I ever purchased was by a famous coach from San Jose who I had read about in Track and Field News during and after the 1968 Olympics.

Bud Winter’s success with a varied group of sprinters peaked my mind and the fact that he trained folks to their strengths was a novel concept for me. I was captured by the idea that he trained some of his guys with more volume or longer distances while others ran a lot shorter than the norm at that time. I was also taken in with his strong emphasis on relaxation while running fast and found it useful to use some of the techniques he incorporated with his charges. When I reflect back on all of the great coaches of that era who plied their trade on the west coast during the halcyon days of the sport….Coach Winter is in on the short list for me.”

There are no reviews yet.