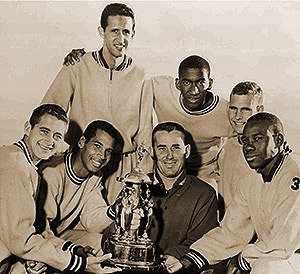 Fifty years ago, a unique group of young men coached by a motivational mentor captured something they didn’t even realize was special at the time.

On Nov. 26, 1962, this collection of speedy Spartans became the first integrated team to win the Division I (then called the University Division) title.  As incredible as it was then, the feat may be even more remarkable upon reflection, given the racially charged atmosphere amid a civil rights movement that was dividing the country. 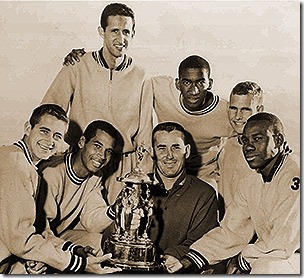 Seventy runners had breezed by head coach Dean Miller at the mile marker without a Spartan among them.

The team that had been unbeaten all season and came into the 1962 NCAA Cross Country Championships expecting to win it looked like an also-ran early on.

That’s when Ron Davis, Danny Murphy, Ben Tucker, Horace Whitehead and Jeff Fishback looked at each other and said, “We gotta go.”

For black runners Davis, Tucker and Whitehead, it was the light at the end of what had been a lengthy and often uncomfortable tunnel.

“It was always believed that Blacks couldn’t run anything over 400 meters,” Davis said. “What we did was a major surprise to the country.”